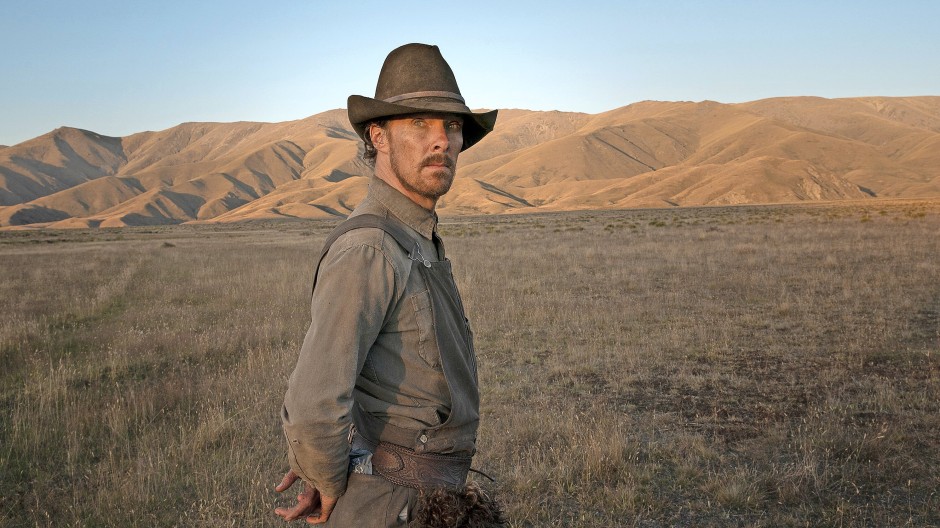 AU story of characters from the book / film “The Power of the Dog.”  Phil Burbank has to deal with a unwelcome guest, and the baggage that involves them.

George made his way down to the first floor.  Going to the kitchen, where he could hear Mary cooking.  It smiled as always devine as he stepped into the kitchen.  “Afternoon, sorry for keeping you waiting.”

James stood up, turning and smiling.  “Not at all.  Had some lovely company with Miss Mary here.”

She blushed, “Oh you are a silver tongue devil, Mr. Jackson.”

“It’s the truth, and that apple pie, best I ever had.”  James gives her a kind smile while walking up to Goerge and giving him a firm handshake.  “Great to finally put a face to the hand writing.”

“Likewise,” George said sitting down, Mary bringing him a piece of pie and a drink too.  “Wasn’t expecting you so early.”  George quickly digging in.

“As I was telling your brother, I was preparing for the worst.  You said these roads are not the kindness when it comes to automobiles, so I thought I would take the precaution.”

“Been through too many wheels this year.  Should buy a stock in them,” George said laughing between bites.  James laughed with him, agreeing.  George swallowed after, clearing his throat though after.  “Look about my brother…”

“He’s quite the character, very interesting sense of humor.”

“He can be quite the joker when he wants to be, but I hope whatever he said, or done doesn’t affect the business you came here for.”

James smiled, “While I could pull your chain like him, I am not the type.  Tempting, but no he didn’t affect it.  I have far too tough of skin to let something like that get to me.”  At that James let out a sigh, his face falling but for a moment, before it got its smile back.  “I was hoping you could show me around, although your brother was more helpful, then he was probably intending to be.”

Seeing the light nature that James was taken to, put George a lot more at ease, James noticing how he relaxed a bit.  “I would be more than happy to give you a proper tour.  Can show you a few things I have written to you about.”

“Would be a pleasure, Miss Mary dear, if I could bother you, would you mind saving me another piece of that delicious pie please?”  James asked.

“Oh who says you city boys have no manners, of course deary, don’t you worry about it, I will keep one nice and warm for you.”  Mary blushing as the two men left.  Clearly Mary was already getting smitten with the young man.

Later that evening the two men returned to the house rather loudly.  Laughing, and joking with one another, as if they had been friends for years.  George telling a rather funny story about when he, and his brother were younger as they do.  “Then the cattle are going forward, the horses are going forward, but we are going backward, all the way into mud.”

George is barely able to finish it, and not be caught up in laugh talking as he does.  James laughing with him, until they both heard a snap of,” We wouldn’t have been in that mud if you weren’t so inept at even the simplest of tasks!”  At this both James and George looking, to see a very angry looking Phil.

“Oh come on Phil, you always laugh at that time.  It is one of your favorites,” George said gently.

“I won’t see you making a fool of me, to make your own lackings less noticeable.”

Phil coming over to him, trying to stand straighter like he did when they first met.  “Oh?  And pray tell, what was my brother’s intentions.”  Phil said it as a challenge.  Readying himself for a come back of anything this lazy city boy could think up.

James could see it in Phil.  He could tell he felt like they had laughed at him.  He could understand that, even if he did not know the whole story.  Although if he had decided to accompany them both, he would have.  James was sure he had his reasons not to.  “He was trying to make me not feel as bad as my first time on a horse, and telling me how your first time went.”

Phil wasn’t sure if that made him more or less mad.  That was a very private memory for him.  One he loved sharing with George, sometimes with the boys, but that was different.  “I doubt you were ever on a horse,” turning his back to James.  George looked a bit nervous.  His eyes going between the two men, he knew how much of a hair trigger his brother had for people he didn’t like.

“Well that is the thing about people like you out here.”  James said, the smile had never left his face.

Phil quickly turned.  “People… like… us…  You best check your words, and your meaning”

“Oh I said what, I meant, and I meant what I said.”  James unflinching as Phil slammed him against the wall.  “If you could stop trying to break your wall for a minute I would be happy to elaborate.”  Phil backed off, but only slightly.  “You take the world for what it is.  Seeing is believing, because the tongues of men are easily twisted.  I can respect people that believe if you make a claim, you best be able to back it up, instead of blindly trusting like ignorant children.”

“Well that is kinda over my head,” George said, trying to follow him.

But Phil, Phil was able to follow all of it.  He didn’t smile, but he came close to it.  It was a good answer, but he would not let the man know that.  “Tomorrow.  Put up, or shut up.”

“Will be a pleasure.”

One thought on “City Tricks For A Ol’ Dog – Chapter 2”