As the door swings wide, you hear his breath hitch. You look with fresh eyes at your private retreat from the world. It is pure gothic romance from the large dark wood four poster bed to the green and gold heavy brocade draperies that match the duvet. Multiple bookcases line two of the walls, all of them spilling out with old tomes to curl up with in a pillowed reading nook. Twinkling fairy lights add a touch of airy romantic whimsy to the weightiness of the furnishings.

“I think I just came a bit,” he said half joking.

“You like it? I never let anyone in here,” You confess.

He nods, clearly distracted by the books. You draw his face back to you. You don’t want to talk; you want to feel; you want to explore him. “Kiss me,” you demand.

He slowly backs you up, never breaking the kiss, until you bump into the bed. He tips you backward, his hand splayed across your lower back. The mattress dips as he follows you onto the deep softness, pushing you into it with his weight. One knee comes up between your legs to press against your center; your skirt is again rucked up. You feel his member hard and ready alongside your leg.

You reach for his shirttails, yearning for the sight and feel of his skin. Is he every bit as delicious as he smells? What does he feel like underneath the civilized layers of clothing? You tug on the fabric to free it from his waistband, pushing it up with your hands until he must break the kiss to pull it over his head. You hear a button pop, but the sound of where it lands is lost as he fastens his lips to the side of your neck. Your moan drives him on to gently bite your pulse point, steadily sucking on the sensitive spot.

Your thighs clench in response to the wanting he awakens in you. The wetness you feel at your seam reminds you how you are exposed, not having located your panties from earlier. The roughness of his jeans-clad leg pressing against your juncture adds to the stimulation. You blush, knowing you are making a spot on them. The bulge, though, pressed against your leg, so hot, firm, and large encased in the denim, has you seeking out the button on his waistband.

He lifts up slightly to give your hands room to unfasten his jeans. You hear him sigh in relief, his hard cock springing free from the tight confines. You push at the garment, giving a grunt of frustration when it doesn’t budge. He laughs at the sound, moving to shuck off the remainder of his clothes. You get a good look at him, your eyes traveling upward to his face. He’s all planes of lean muscle with strong thighs, enticing abs highlighted by the flickering lights suspended around the room, and flexing biceps as he waits under your scrutiny.

You reach out to him from your prone position, willing him to return to you. He does, running his hands under your top to pull it off over your head, exposing your bra and the erect, dusky nipples showing through the fine red lace. He watches you, his eyes as dark as a storm tossed sea. You whimper, wrapping your hand around his weeping cock, gathering his precum, spreading it along his shaft in firm strokes. It throbs in your hand, the soft velvety head leaking even more.

He looks down to your breasts, a feral look on his face. He growls as he bites one of the straining peaks through the delicate fabric. The rasp of wet lace and teeth causes you to arch toward his mouth with a groan. Your hips buck up trying to find stimulation. He chuckles, moving his hand to cup your mound briefly. Then it’s gone, finding the zip set to the side of your skirt. “I want you bare beneath me,” he tells you, pulling your skirt down over your hips and legs. You are clad only in your bra, a situation he remedies as he reaches under you, using his strong arms to arch you to him, his lips again fastening on your lace-covered nipple while his fingers release the clasp of your bra.

Tom draws the straps down your arms and tosses the lacy confection to the side. As he returns to lavish your breasts with attention, he nudges your legs apart. You feel the tip of his erection brush against your entrance. “Yes,” you moan, raising your leg to his hip. He pushes forward, slowly this time, easing his way in. Your pussy stretches to accommodate him and grips him tight. He groans at the feeling of your slick walls welcoming him. He pulls out to the head before again sheathing himself within you. He pauses as he bottoms out, then sets a slow, but steady pace with you.

He takes his time, his mouth and hands exploring as he fills you with his cock again and again. He knows he has all night and wants to feel every moment with you, every shudder, spasm, and gasp. He never stops moving, touching, or tasting you. You move with him, pulling him down flush to you, thrusting your hips up to meet him, working for your mutual pleasure.

Your hands reach everywhere they can, memorizing him through touch. Your lips press to his, tongues tangling in a dance that moves to the rhythm you’re making with him. Your fingers card through his hair and he breaks the kiss to trail his lips across your jaw and down your neck. He nips and sucks on your pulse point before kissing you again. This could go on forever, but there is no hurry; you have all weekend with this man, this wonderful man! “Tom,” you sigh, his name escaping aloud between kisses.

You mimic his earlier route, kissing first his jawline, then his neck, only you don’t stop there. You trail your lips and tongue along his collarbone, then lower, until you reach his hardened nipple. You lave it with your tongue, before wrapping your lips around it and sucking as he did with yours. You hear an in-drawn gasp and his hips stutter in their motion. His drag and draw becomes heavier, his movements sloppy. He hisses, “bite it.” You aren’t sure you heard him correctly, but you comply, closing your sharp, even teeth about the pebbled nub. You hear a growl, “Fuck,” as he surges forward, filling you quickly with his long, firm length. You gasp at the sudden motion.

He thinks to himself how different you are from his usual fare. You want to explore, whereas others only want him for a quick, deep fuck with his large cock. You seem to be enjoying your time together, but it goes deeper than a simple coupling. The thought startles him. He distracts himself by kissing you again, further stealing your breath and sending your sensing reeling.

You feel the pleasure coil tighten low in your belly. Your clit insistently throbs. You are so close to the edge. Can he feel your channel tensing?  You moan through the kiss, kick my heels into his buttocks, and score his shoulders with your nails. He tilts his hips again, changing the position just so to hit a secret spot within you. Everything you are becomes focused on that one point and the brushing of his cock on it, until suddenly the spring lets go and you are catapulted into an intense orgasm. You cry out his name as your thighs grip tightly to his hips. Your sheath spasms over and over again, pulling at him, encouraging him to his own release.

“Fuck,” he growls again, pulling out without warning and rolling away from you. You feel bereft for a moment, until you realize he wasn’t wearing a condom.

You lay there stunned. How could you forget such a basic thing? You look over at him, lying on his back, his abdomen splashed with his seed. “I’m sorry,” he whispers. “I swear though, I’m clean.”

You smile at his concern. It echoed your own thoughts so well. “I am, too.”

“Still, it was foolish of me to forget the condom.”

“What’s done is done. It can’t be changed now. Will you stay the weekend with me? Give me a chance to cook for you, and maybe convince you to see me again after?”

“You would like me to come around again,” he asks, suddenly sounding unsure of himself.

“I was thinking that you were incredible and that one weekend might not be enough,” you confess. You don’t know where this boldness has come from, but you find you like the idea of spending more time with him.

Were you pushing too much? Was that the wrong thing to ask for? “Perhaps. Do you want a girlfriend?”

“I don’t know, the last one I had was a bimbo.” He stops himself, realizing how that might sound to me. “I’m sorry.  I know it seems mean, but she was intellectually uninspiring.”

“I don’t know that I’m ready to say I have a boyfriend. Could we just take it as it comes and not worry about what it is?”

“Friends with visiting benefits?” He perks up at the thought and rolls toward you. 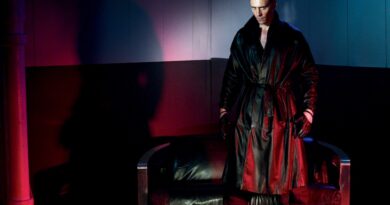 Change Within Him – Chapter 1